Get to know the menagerie. The year given is the year the character or universe was created, and while more recent ones will be more "active", I still care about and would love to talk about any and all of them. 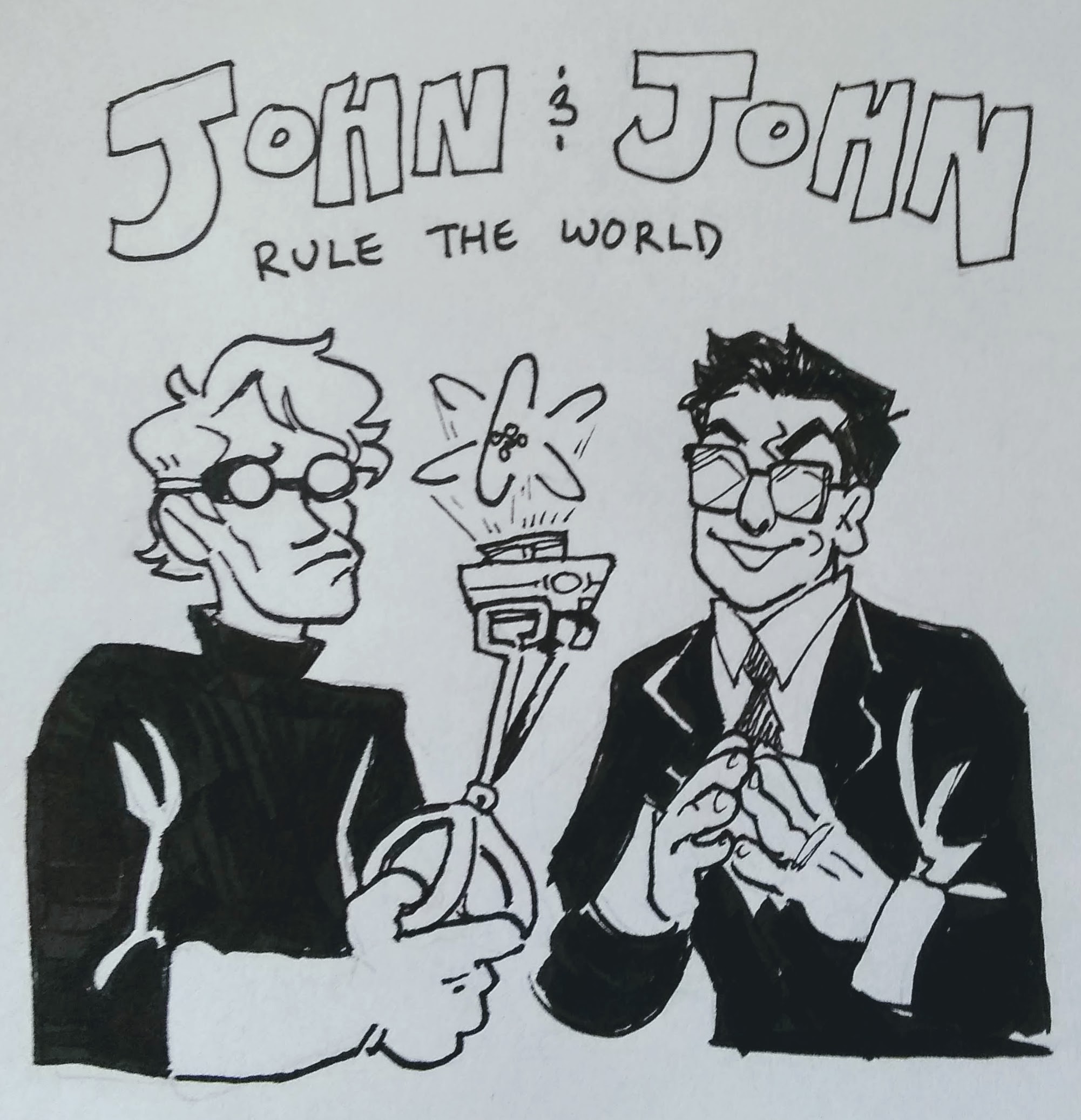 (2016)
A town of characters inspired by Lemon Demon songs.

A strange, mostly nonverbal young man with a knack for the mechanical. He communicates largely in ASL, or simply avoids other people altogether. Intensely shy and endlessly obsessive, he drops out of mechanic trade school to instead pursue the solopsistic creation of an ever-changing machine which lets him fill his days with the joys of fitting parts together for absolutely no purpose at all.
But you can't keep a massive, architectural machine a secret forever, and suspicious people are beginning to take notice of the sprawling structure out in the desert...

A young boy with the stars in his eyes. After his astrophysicist dad showed him the Cosmos TV series, he knew that one day he wanted to go to space. But no matter how many books he read or glow-in-the-dark stars he stuck to his ceiling, it all seemed so far away.
That is until he met a real live alien. His new pal, stranded in our solar system by the broken FTL drive on his ship, is willing to bring him to see the planets he's read so much about in person. Funny thing that all the adults will say about his new friend is "You sure have a big imagination!" 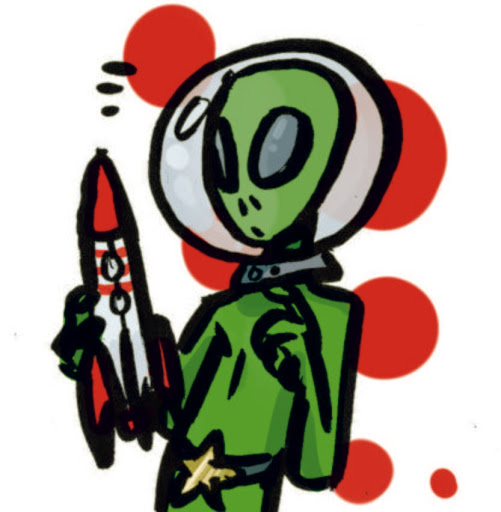 A slightly bedraggled stuffed alien that Leo found and took home with him one day. Or is that just his cover story?
Which is harder to believe? That an alien stranded on earth would disguise himself as a children's toy and speak to a little boy in a language only he could understand, or that he's just an imaginary friend?

An cynical middle-aged microbiologist on a research vessel in the outer solar system. He's being paid to work on a bioweapon of unknown purpose, the spaceship providing top secrecy. Like many government employees, he never thinks too hard about what it is he's making, or why.
Until he has to. The ship's AI discovers the full story behind his project and releases his bioweapon on the ship to end the project, sparking a miniature zombie apocalypse that leaves Schrodinger the last living human aboard. As he fights desperately to escape, he has to come to terms with what he's done and begins to wonder if he even deserves survival.

A maintenace robot employed by the lab that very singlemindedly cares for its charge, a cat. Its dedication does not falter in the least when the rest of the ship plunges into zombie hell around it.
But it can carry a weapon and can't be zombified, so presumably it's a better companion than none at all?

Rachel looks like yet another homeless woman with a screw or two loose. And she is, but she's also part fae and about 400 years old.
She grew up a wild child without parents or an explanation for her abilities or who she was in the days before the American Revolution. Since then, she's been wandering around Massachusetts, helping out fellow mendicants, and keeping arcane forces in check.